Burj Khalifa: All That You Need To Know 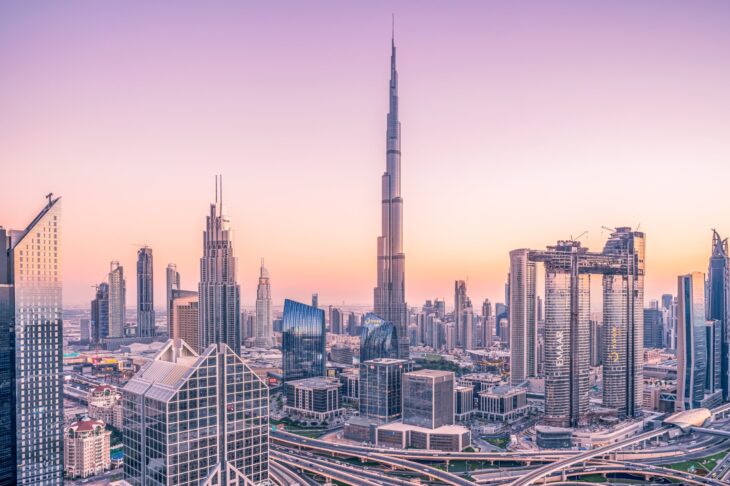 The Burj Khalifa, officially known as the Burj Khalifa Tower and also known as the Burj Dubai, is an amazing feat of architecture. Located in Dubai, UAE, it stands at 2,722 feet tall which makes it the tallest building in the world and one of the most famous architectural structures on Earth. The building holds a number of records including the highest occupied floor, tallest service elevator (at 574 feet), and highest outdoor observation deck (at 828 feet). This article discusses all that you need to know about this amazing structure!

After an anonymous bid of US$160 million was rejected, Emaar Properties, a Dubai-based developer, announced plans to build Burj Dubai (Tower of Dubai) which would surpass all other skyscrapers. In 2004, five finalists were chosen from a list of 132 design proposals; these designs were exhibited for public viewing and comments. The two other finalist towers were one by Alan Farrar of Skidmore, Owings & Merrill and another by Gensler with FXFOWLE Architects (that tower is now known as The Stata Center at MIT). One design incorporated a circular frame around its perimeter and was much shorter in height than some of its counterparts. 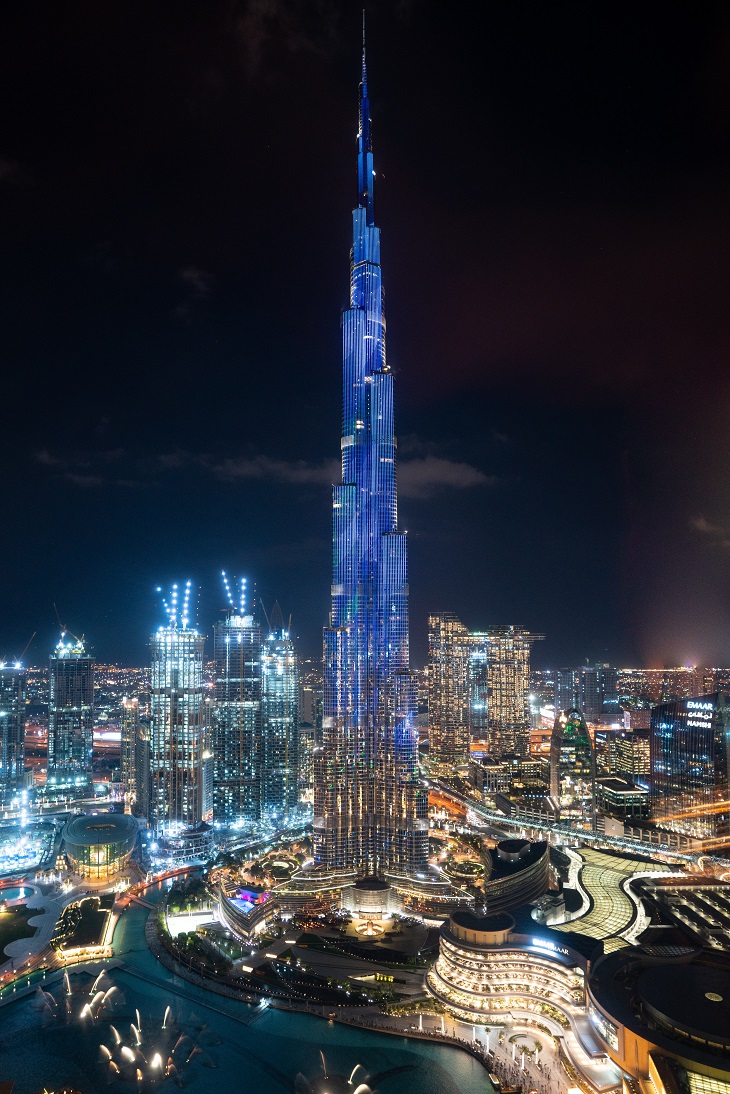 The designer of this massive structure was Adrian Smith and the architects and engineers were the Chicago-based skidmore, Owings and Merill (SOM). The main contractor was South Korea’s Samsung Corporation and the Project & Construction manager was New York-based Turner International.

How Big Is It?

If you haven’t seen Burj Khalifa, Dubai’s famous tower, in person, then you may be surprised to learn that it is 2.5 times taller than what most people consider a skyscraper to be. In fact, it is so tall that at 829.8 meters high, it has been classified as a supertall building by The Council on Tall Buildings and Urban Habitat (CTBUH).

Burj Khalifa often called simply the Burj, is without a doubt one of Dubai’s most impressive buildings. The tallest in any Arab city, it’s also one of the world’s tallest man-made structures and reportedly cost $1.5 billion to build. However, that hefty figure doesn’t factor in additional expenses for upkeep, which leads many to think that when you tally everything up, building Burj Khalifa was actually more like a $4 billion endeavor.

When Was it Built?

The Burj Khalifa is in Dubai, United Arab Emirates. It was built in a city known for its towering buildings and imposing skyscrapers. The Burj is more than 1,900 feet tall – about twice as tall as Chicago’s Willis Tower (formerly known as Sears Tower) – and stands taller than any other building in any other country on Earth. It was designed by Adrian Smith and Bill Baker, architects from Skidmore, Owings & Merrill LLP. The world’s tallest building has 160 storeys, including offices, shopping malls, and restaurants. When it opened on January 4th, 2010 it claimed to be not only the world’s tallest but also the world’s greenest building.

At its completion in 2010, Burj Khalifa’s central spire was measured at 828 m (2,717 ft) from base to tip. In fact, it is also home to more floors (160) than any other building in existence. The most interesting facts about Burji aren’t about its height, though. It actually has a massive water-reclamation system that recycles 70% of all water used in and around it. The highest swimming pool on Earth is located on level 124 of Burji with a staggering 700 m (2,300 ft) drop from top to bottom! And then there are those solar panels that cover approximately 10% of its surface area…

Which Countries are Represented on Its Floors?

There are 29 countries that have been selected to be represented on floors in Burj Khalifa. Each country has a unique emblem, which is displayed in one of Burj’s rooms. The list includes Greece, Chile, Brazil, Belgium, Malaysia, and others. There is also a separate floor dedicated to China. It was inspired by Chinese culture and contains many Chinese-themed decorations and symbols in honor of China’s contribution to Burj Khalifa. In addition, there are seven clubs located throughout these floors as well as restaurants (including three Starbucks) serving dishes from different countries around the world.

What Materials Are Used in Construction?

The Burj Khalifa has a steel skeleton structure, meaning it is one of three skyscrapers to use such a design (the others being Willis Tower and Taipei 101). The exterior of The Burj is clad in aluminum and glass, meaning that aside from having its own foundation, plumbing, wiring, and HVAC system, much of what you see outside is not structural. About 8 percent of its building materials are stainless steel while roughly 5 percent is cement. How Much It Costs to Construct: Construction costs can vary significantly depending on location. In places like China where there is a great amount of readily available labor (including less-skilled workers) construction prices tend to be lower than in places like Dubai where more complex labor conditions exist. Here’s the fun fact; 330,000 Cubic metres of concrete was used, 39,000 tonnes of steel, 103,000 square metres of glass and 15,500 square metres of stainless steel have been used for the construction of this marvelous structure.

Why is it Called Burj (Tower)?

The official name is Burj Khalifa, which translates to Khalifa Tower in Arabic. However, many people still refer to it as Burj Dubai. The tower was designed by Chicago-based architectural firm Skidmore, Owings & Merrill LLP (SOM). Meanwhile, renowned Spanish-Swiss architect Santiago Calatrava designed its iconic spire.

It is a multi-purpose skyscraper with 200 storeys (out of which 160 are habitable) consisting of commercial, residential and hospitality spaces. It has 900 residential flats, 37 floors full of corporate suites, restaurants, Armani hotel & residences and this gigantic structure also has a state-of-the-art parking, swimming pools, cigar club, library, lounges, entertainment venues, health club and observational decks and more.

The first step to appearing pretty is having beautiful skin. There doesn’t exist any magic eraser that can remove

The first step to appearing pretty is having beautiful skin. There doesn’t exist any magic eraser that can remove

The Top 10 Foods to Boost Your Testosterone Level 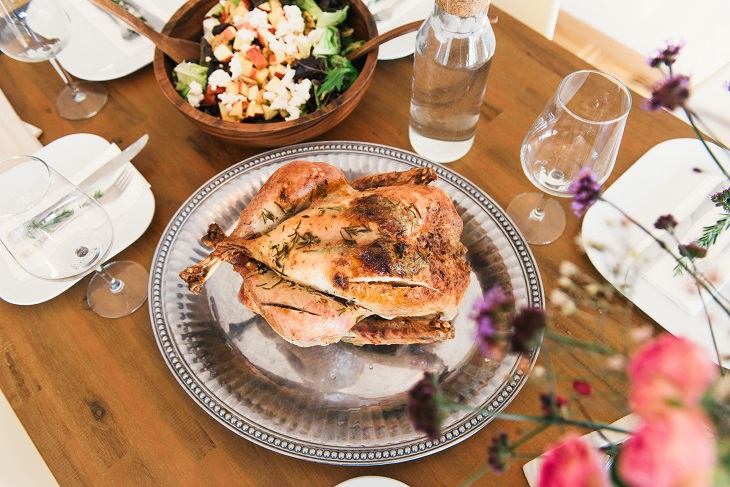 The Top 10 Foods to Boost Your Testosterone Level

Staying fit has always been one of the major concerns of a human being. Most of the time fitness

Staying fit has always been one of the major concerns of a human being. Most of the time fitness